Poverty, Opportunity, and You

Six years ago, I visited South Asia for the first time as a summer intern with Harvest Bridge. The internship involved working with local healthcare professionals and Harvest Bridge’s national partners to conduct free medical clinics for underserved populations and develop a set of best practices for HB’s medical programs.

This work took us to some of the region’s poorest slums, most remote villages, and most marginalized populations. It was an encounter with extreme poverty on a level I had never before experienced.

As I came face to face with the poorest of the poor, my own privileges became all the more evident in contrast. A thought experiment could not help but arise in my mind: if I had been born in an urban slum or impoverished rural community in South Asia, with the exact same talents and abilities, where would I be in life?

Would I still have had access to similar opportunities to study, travel, and choose a career path from various good options? Would hard work alone have brought me to the same position in life if I had been born a poor, low-caste South Asian, a member of a community that is marginalized and discriminated against by society?

Over the course of that summer, it became increasingly clear that the answer was “no”.

I was beginning to learn that poverty is a complex and multifaceted issue, with numerous complex causes and effects. It is not merely a lack of material goods; rather, it is a deprivation of human dignity that impacts every dimension of life. Normally, poverty is not exclusively caused by unwise personal choices, but rather by a complex interplay of individual and systemic factors which vary depending upon the place, person, and community.

Little did I know that several years later, when I returned to South Asia on a yearlong Fulbright research grant, I would befriend someone whose situation thoroughly confirmed the lessons I was learning about poverty.

My research project focused on stigma and discrimination toward HIV-affected populations. Data collection involved conducting interviews in the local language of the region, which meant that a translator was needed.

Prakash*, the translator we hired, is a brother in Christ who was born in a poor family. His father suffered from mental health issues; he abandoned his wife and three children when Prakash was young. Prakash’s education was conducted entirely in the local language, but he taught himself English starting at age 17 by watching cricket matches and YouTube videos. By age 23, he was fluent enough to translate for my research.

As he taught himself English, he also completed his undergraduate studies and earned an MBA while working night shifts at a hotel, volunteering at his church, and barely getting any sleep. He is an excellent public speaker, and he recently started a life-coaching company to utilize his passion for motivating people to make the most of their lives.

Prakash’s talent and drive are impressive, but for all his hard work, his opportunities have still been greatly limited compared to the opportunities I’ve had growing up in a developed nation.

For example, Prakash has only traveled outside his home state a few times. A large share of his modest earnings have been spent to keep his family afloat financially. His academic qualifications are worth less than equivalent degrees from more prestigious universities that he could not afford to attend.

Prakash and his family are far better off than they would be without his talents and diligent work, but they are still poor. Limited opportunities in their nation, coupled with their lower social status, place ceilings on their ability to rise above poverty – ceilings which are extremely difficult to break through.

I don’t presume to have all the answers on how to shatter such ceilings, nor the answers to deeper questions such as why the country or social class into which a person is born has such a large influence on his or her opportunities in life.

However, I do know that you and I are called by God to play a meaningful part, however small it might seem, in alleviating poverty. The Gospel compels all followers of Jesus to participate in some way in this task (e.g., Matt. 25:37-40, Prov. 31:8-9, Matt. 7:12). Moreover, Christ’s teachings elevate and restore the dignity of the poor, marginalized and oppressed, striking at the core of poverty in all its dimensions.

Participation can take various forms, including prayer, financial support of organizations working to combat poverty, and direct interaction with the poor. The church needs all hands on deck in this task; every part you or I are called to play is significant.

In the process, each of us must humbly acknowledge our own poverty, even if our poverty is not material in nature. On a fundamental level, we are no different than those whose dignity is robbed from them in more overt ways by their material destitution.

Partnering with Harvest Bridge through prayer and financial support is a form of participation in the battle against poverty.

Your prayers and donations enable our Asian partners to run schools and after-school tutoring programs for children from poor families who wouldn’t receive an education otherwise. With your help, our partners provide loving homes for children who have lost parents due to war, disease or abuse.

Your partnership equips us to make strategic micro-grants for vocational training to ultra-poor individuals, providing them with the skills and assets necessary to escape extreme poverty. Thanks to your help, we are able to provide life-saving aid in the wake of natural disasters, pulling communities back from the brink of destitution and setting them on the path to sustainable economic recovery.

And of course, your partnership enables HB to address the spiritual dimensions of poverty through the many efforts of our Asian partners in evangelism, church planting, discipleship, and pastor training. Poverty alleviation is woefully incomplete unless the interconnected spiritual and material aspects of poverty are addressed side-by-side.

I work for HB because I see firsthand the effectiveness of our ministries in holistically addressing the various dimensions, causes and effects of poverty. Your prayers and support are a powerful way of participating in this crucial work, and hardworking South Asians like Prakash thank you every day. 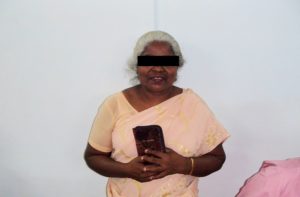 Honoring the Life of Pastor Naomi

On March 4th, one of the missionaries who we have supported for seven years in the Andaman Islands entered into God’s presence. Our leader on 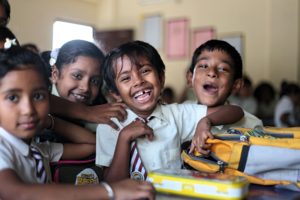 Only 10% of the estimated 140 million orphans around the world have actually lost both parents. Worldwide, orphanages are full of children who have families who 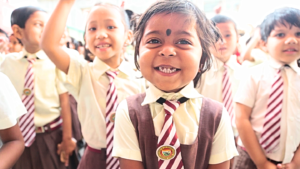 “Back to school” looks radically different in 2020. For many, 2020 will mark the year they never return to school.  “Since people’s economic status has